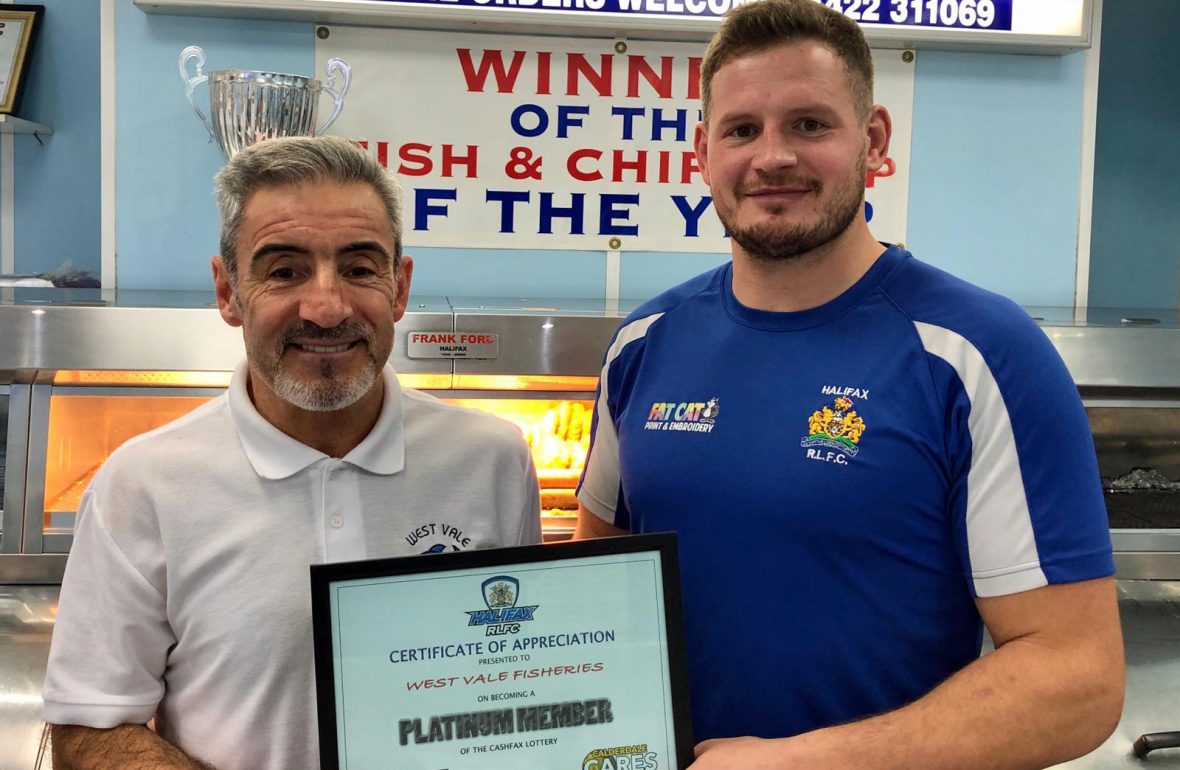 Local businessman Mark Kosanovic, whose connection with Halifax RLFC goes back almost 30 years, has renewed his support for the Club by becoming our latest Platinum Member.

Mark’s connection with Halifax RLFC goes back almost 30 years. Along with brother Zoran he ran town centre hotel Milan’s, opened by and named after their father, a Great Britain international hooker who played for Bradford Northern, Wakefield and Featherstone in the 50’s & 60’s. Milan’s became the social hub for ‘Fax at the time, and many of the Club’s overseas players stayed there.

The pair moved into property, before opening their first chippy in 2002. Since then, their Brackenbed and West Vale shops have won many prestigious awards, including Courier Fish & Chip Shop of the Year, and VIP customers have included Sugar Ray Leonard, Frank Bruno and Nigel Benn.  ‘Fax Favourite Jacob Fairbank, whose family live local to West Vale and are regular customers, was only too happy to pop in and thank Mark for his support on our behalf.

“I made a lot of great friends through Halifax RLFC and we had some great times”, recalls Mark, “so I’m very happy to be joining Cashfax which helps both the Club and the Community with the money it raises. My staff at West Vale are happy too, as I’ve promised them any winnings”

“It’s fantastic to have Mark back supporting us in this way” said Development Manager Chris Murgatroyd. “Milan’s was a great place for players and supporters to get together, and we’ve enjoyed reminiscing about the wild and wonderful characters that were around at that time. Apart from that he does some mean fish and chips! Thank you”. 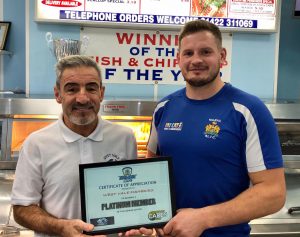 Helping hand for the Friendship Group